And you would not be the only one wondering what workout routine and diet he took on to achieve such a physique.

Training like a Hollywood actor is no easy feat. There is often a short timeframe for getting in shape before shooting, which means strict workout plans and dietary requirements.

We can assume Tom Hardy had professional trainers and dieticians to help him out. Thankfully, you have more time on your side if you are planning on achieving his bodybuilder physique.

Tom Hardy is well-known for being private, so there is not much footage or official information we can go by as to exactly how he trained and dieted.

That said, we can look at his physique and break down what is needed to achieve it.

So, below, find out everything you want to know about Tom Hardy’s physique and the workout routine and diet you need to do to make it a reality!

For the purpose of this guide, we are going to focus on Tom Hardy’s physique seen in The Dark Knight Rises, Bronson, and Warrior.

In all three movies, Tom Hardy has a bulky upper body. We’re talking a big chest, rounded shoulders, and a large back. Overall, a wide, built frame.

In Warrior, Tom Hardy has a faint six pack showing, but his physique in this movie can still be considered bulky, rather than cut.

So, we can argue that Tom Hardy focused most of his training on his upper body, using intense medium rep ranges to cause hypertrophy. Since he was slim before these roles, there was not probably little to no cardio or metabolic training involved.

Due to that, we can also argue that he consumed a lot of calories, mainly in the form of protein – and most likely mass gainer – to pack on muscle size and be able to recover between workouts.

Now that we have a general idea of the thought process and what Tom Hardy did to achieve his physique, let’s break down the target muscles and some of the exercises he most likely used in his workout regimen.

Tom Hardy has a full-sized chest. So it goes without saying that he trained hard to hit all three areas of the chest, namely the upper chest, inner chest, and lower pecs.

Key exercises here include the bench press, dumbbell press, and push-ups, with incline and decline variations of these to hit all three chest areas.

Chest dips are another insanely effective chest exercise, so it’s not out of the question that Tom Hardy included dips in his arsenal.

In The Dark Knight Rises, in particular, Tom Hardy boasts a massive, rounded back that adds to the intimidating size he needed to fulfil the role of Bane.

So, we can surmise that he used a range of back exercises to achieve this sought-after 3D definition, targeting his rhomboids, traps, lats, and rear delts.

Exercises that he most likely used to achieve this includes lat pull-downs, pull-ups, chin-ups, rows, dumbbell shrugs, rear delt flys, and face pulls, in addition to variations of these exercises incorporating different positions and equipment.

Tom Hardy sports well-rounded “boulder shoulders”, so, again, we can draw that he put focus on his shoulders to overall widen his upper body.

There are three target muscles of the shoulders – the anterior/front delts, side/middle delts, and posterior/rear delts – and Tom Hardy does not look like he neglected any of them!

Last but not least: Tom Hardy’s bulging arms. This is most notable in Bronson, for which Tom Hardy no doubt trained his arms to complement the size of his chest and shoulders that he built for this role.

The key to big arms is working on the bicep muscles and tricep muscles simultaneously to achieve growth on both sides.

So, we can assume Tom Hardy did a lot of curls and/or chin-ups, with all variations of these, to hit his biceps.

As mentioned above, it’s impossible to know what Tom Hardy did exactly for his workout routine to achieve his physique.

But by assessing his physique alone, we can break down what he did to get there.

Since Tom Hardy probably had to achieve his physique within a strict time schedule to meet the requirements of the roles, there’s no doubt his workout routine was intense, well-organized, and frequent.

This means working out five to six times a week, probably an hour or two per session, targeting each muscle twice a week for maximum growth, which also allows adequate time to recover between muscle workouts.

It’s visibly clear that his goal was upper body size, so his routine might have involved a push pull routine focused on his upper body, or a routine that involved splitting muscle groups throughout the week. Two examples are:

So, we now have a good idea of the exercises and workout routine that Tom Hardy used. But what about reps and sets?

This is where we get to the juicy specifics.

Tom Hardy is packing size in The Dark Knight Rises, Bronson, and Warrior, so it makes sense that he was going for bulk and muscle definition. In other words: the physique of a wrestler or bodybuilder.

And the best way to achieve this is through hypertrophy. Hypertrophy is tearing muscle tissue and muscle fibers with medium rep ranges and low rest, which then causes muscle tissue to repair and grow back larger.

This involves doing every exercise in 3 or 4 sets, with a rep range of 8 to 12 reps, with about 1 minute of rest in between each set.

Of course, the resistance in each exercise still has to be challenging but completable, so we can assume Tom Hardy powered through his exercises with the maximum weight load that he could handle.

Whether it’s bulking up or cutting, no physique is achievable without paying attention to diet. Tom Hardy’s physique is generally muscular and bulky, so it goes without saying that he consumed a lot of calories and protein.

Eating a lot of macronutrients, specifically carbohydrates and protein, is going to lead to both an increase in muscle and body fat.

Tom Hardy is best described as bulky as opposed to shredded, so he likely ate as much as possible to put on size within a short timeframe.

In addition to big meals consisting of lots of protein and carbs, we can assume he had help from supplements.

To help him build muscle quickly, as well as recover between workouts, it’s likely he supplemented his diet with whey protein and mass gainer, both of which boost protein, carb, and calorie intake.

And that’s it – our complete guide to Tom Hardy’s workout and diet, including target muscles, exercises, and rep ranges.

As expected, it’s impossible to know what Tom Hardy did behind the scenes exactly to achieve his sought-after physique in movies like The Dark Knight Rises, Bronson, and Warrior.

But, in this guide, we took a scientific approach to how Tom Hardy most likely trained by assessing his physique seen in these movies. 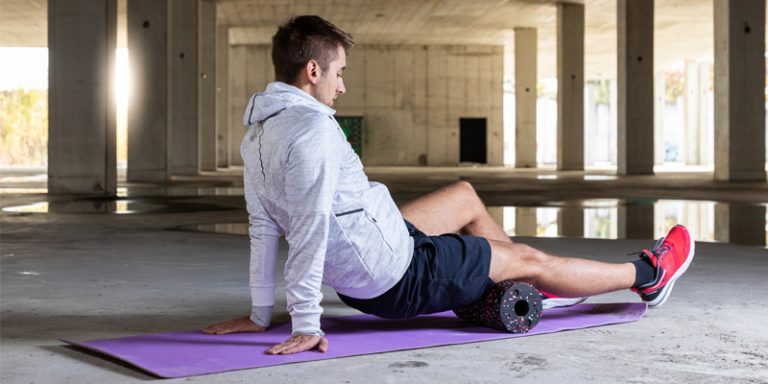 Foam rolling is a technique that is quickly getting adopted. However, it’s only achievable with the right equipment. When you have the tools you need for healing and recovery, then your body will appreciate you.  With good foam rollers, your muscles and tissues will loosen up with increased blood flow and oxygen. That’s why you… 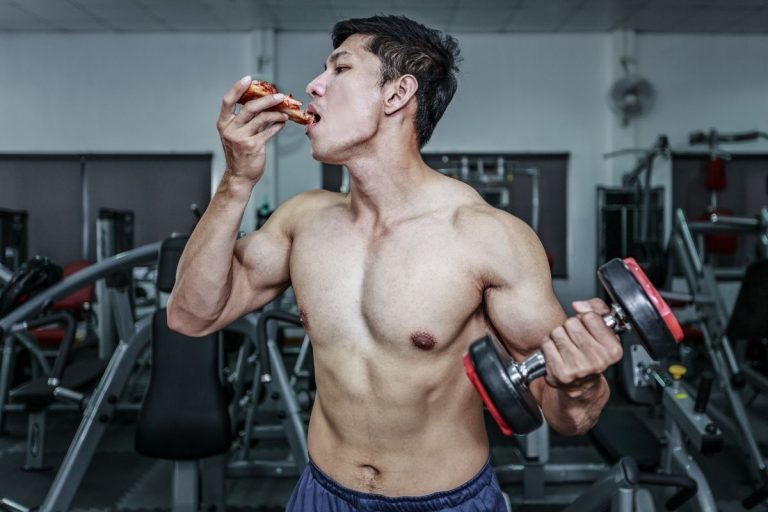 Are you looking to train like an Avenger but don’t know where to start? Maybe you think Tom Holland is in pretty good shape and want to follow his routine? Or perhaps you are curious and want to know more? We have the answer for you!  When it comes to taking inspiration from celebrities’’ diets… 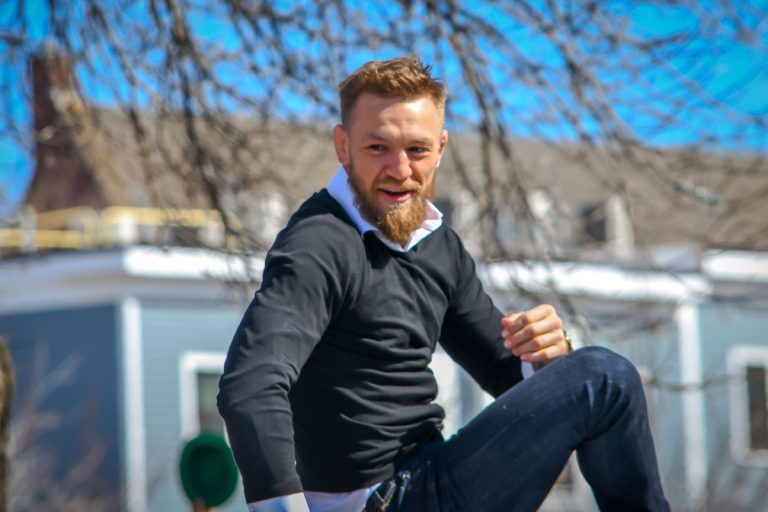 Conor McGregor is the biggest PPV mixed martial artist in the world right now. And there is no doubting that he has the physique, mobility, and agility that most of us can only dream of. The Notorious, as unreserved as he is, isn’t shy to show off his workouts on social media. He has also… 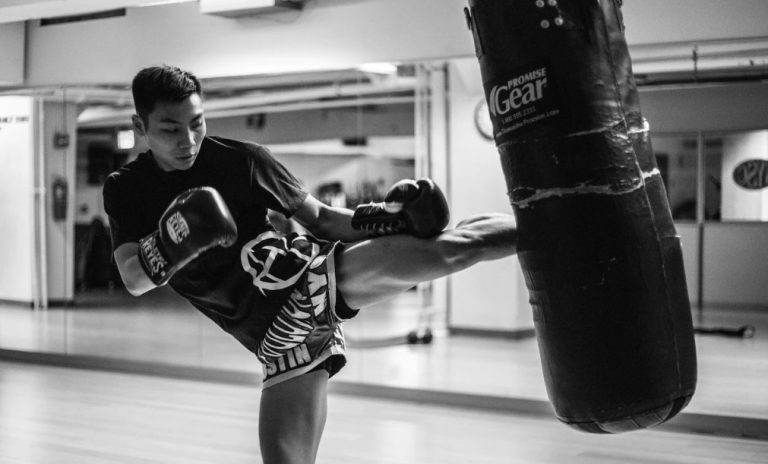 To do well in the gym starts with you having the right equipment in your bag. For kickboxers, this means having a quality pair of kickboxing gloves that will keep your hands protected and comfortable during training. Just as with any type of protective gear, kickboxing gloves work best when they’re sized properly. There are… 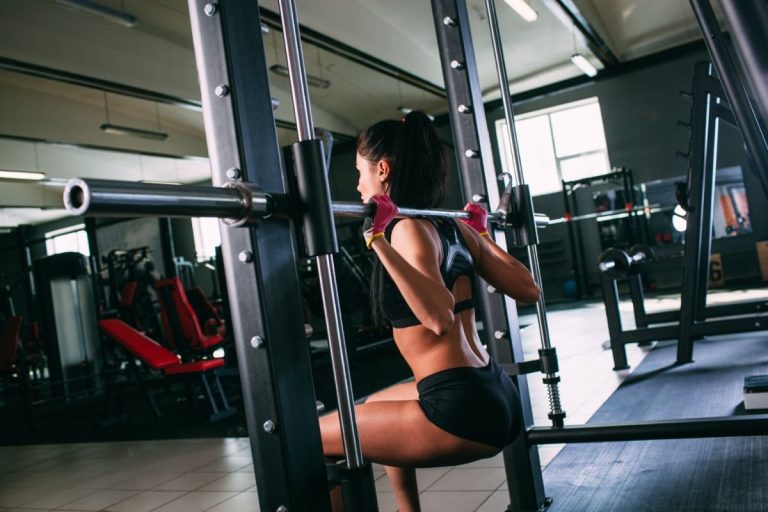 If you go to the gym regularly or spend your time researching different strength workouts, you may have heard of the Smith machine. This machine is one of the most debated workout machines ever made. Some people love the Smith machine, but the people who hate it, really hate it.  A quick search online will… 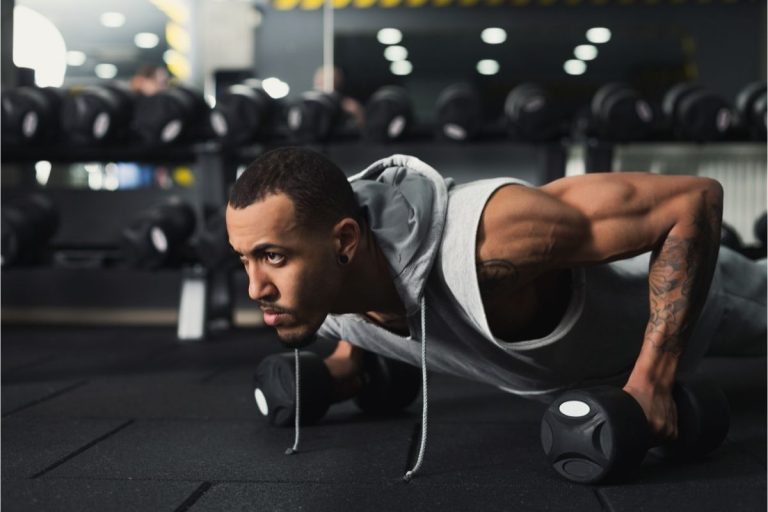 Bodybuilders follow a strict diet and workout routine to keep their physique looking sharp and perfect, and Chris Bumstead is no different. Chris Bumstead is a world-famous bodybuilder and Mr. Olympia champion, who many consider having the ideal physique from all of the hard work and effort he has put into his extensive training.  How…