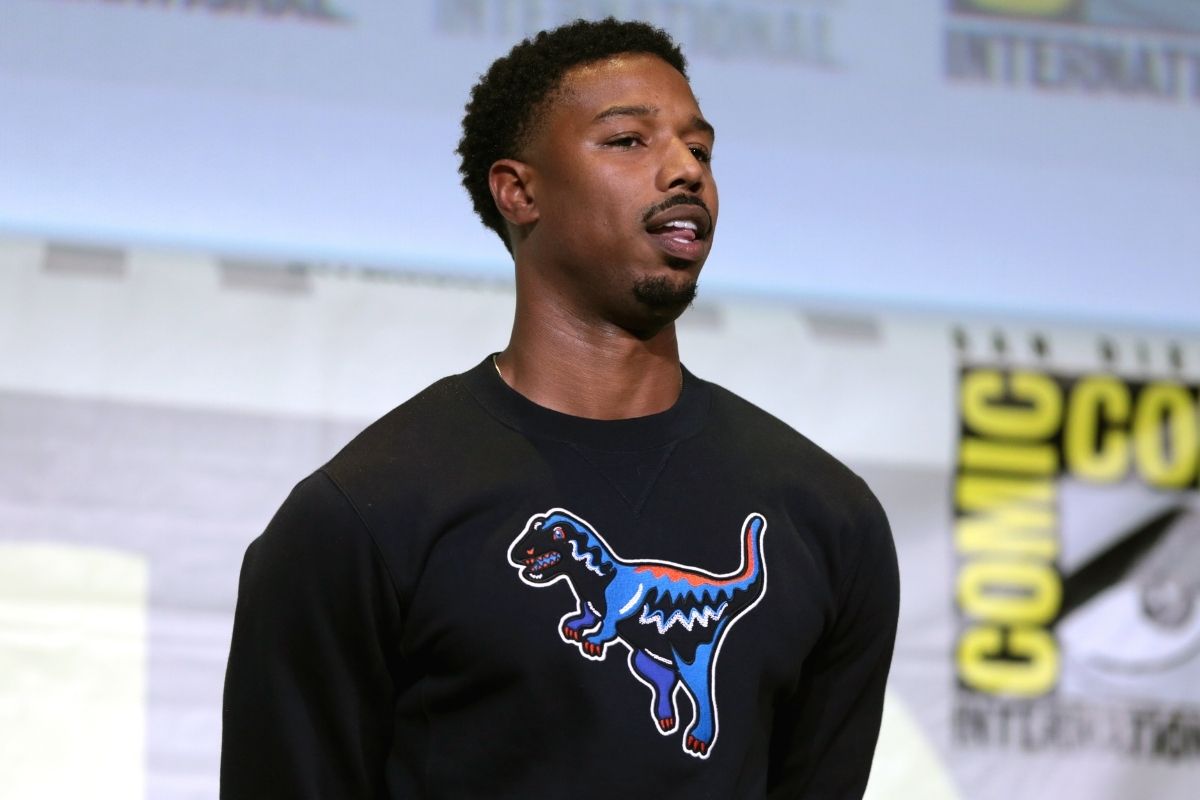 Michael B Jordan became one of the most well-known archetypes of muscle and form between 2013 and 2020. In a way, he became the modern-day Adonis.

If you’re trying to become a modern-day Adonis, then take a look at his workout routine and diet and transform your life.

Michael B Jordan’s entire life will probably be spent in the shadow of Michael Jordan, despite his own impressive list of achievements.

It is incredibly difficult to break into show business, and his way of doing so and his popularity is remarkable.

Additionally, it illustrates how powerful it can be to devote yourself to a craft and to have a routine you can follow.

While Michael B Jordan was born in Santa Ana, California, he was quickly moved to New Jersey and spent most of his youth there.

In New Jersey, he had a great start in show business, from modeling in the late ’90s to small roles on popular television shows.

When he was 12, he made his acting debut in The Sopranos. As a tween, he appeared on The Cosby Show, and he also starred in Hardball with Keanu Reeves in 2001.

He was a preview of the muscular man he would eventually become with these early credits.

Michael B Jordan grew up in New Jersey and attended Newark Arts High School in order to hone his craft to a razor-sharp point before letting his charisma loose on the world.

To create the bodies of Marvel’s Killmonger, Johnny Storm of the Fantastic Four, and Adonis Creed, it took dedication and a schedule that had to fit into the lifestyle of filming a movie.

Michael B Jordan kept himself hydrated, well-fed, and active throughout the day, and if you’re going to follow the same routine, you need to keep that kind of maintenance in mind.

Jordan did not undergo this transformation on his own.

Michael B Jordan was right beside Corey Calliet every step of the way to build the physique required to step into Rocky’s shadow.

A personal trainer can make all the difference between massive muscle growth and times when you plateau.

We’re not saying that you must have a trainer by your side to reach your fitness goals, but these are people who have the education, experience, and motivation to push you further than you ever thought possible.

Personal training can relieve the mental strain of coming up with a new routine when the current one doesn’t meet your needs, can help you personalize a diet, and can give you the structure and accountability you might be looking for if you’re having trouble reaching your fitness goals.

Corey Calliet in particular has been trusted with the fitness lives of dozens of actors, and he has become a lifestyle brand that nearly half a million people follow religiously.

Personal trainer Corey is the picture of perfection.

He was the perfect choice for guiding Michael B Jordan down the path of the celebrity superhero based on his clean-living lifestyle and single-minded dedication to bettering his body.

It speaks volumes about Calliet’s success that we are both here learning about his work.

Michael B Jordan and Corey Calliet devised a workout routine and diet that almost anyone could follow if they were willing to carve out the time.

When it comes down to it, this workout plan consists of four days of moderate to strenuous exercises that can be done in an hour or less.

Actors undergoing similar transformations follow workout routines that see them in and out of the gym at least twice a day, nearly every day of the week.

DAY ONE: CHEST, BACK, AND ARMS

As a result of his active acting roles, Michael B Jordan is a big fan of active recovery days. Anyway, he was constantly moving, so he might as well make the most of it.

During the week, you set aside active rest days to allow your body some time to recover from your workouts.

In the gym, you usually stretch and get some light to moderate exercise under your belt. Light jogs or yoga are perfect activities for an active rest day.

You can burn off a bit of energy while improving either your cardiovascular health or your flexibility.

When you’re trying to bulk up, both of these aspects of your health are crucial. During Michael B Jordan’s workouts, you’ll also notice that he always warms up with a little bit of cardio.

It’s common for people to overlook cardio when they’re trying to build muscle.

Diet is one of the most important aspects of exercise.

In a relatively short amount of time, Michael B Jordan needed to build up a lot of muscle, and he needed to do it in a way that allowed him to display these on camera.

In addition to being functionally strong, he had to look the part.

It meant that his diet had to be strict enough to provide him with all the protein and energy he needed to compete in his workouts.

All this while staying within a safe range of intake, so he was never consuming more calories than he burned off during his workouts.

If you aren’t really spending all the energy you eat, then your body will just stockpile it for “later”, whatever “later” may be for you.

Jordan is one of those people whose entire job is to look good in front of millions of people.

If he spent all his time working out as hard as he did, but lacked a diet to support that effort, he would have wasted all that time.

A healthy diet isn’t just about losing weight or counting calories. In fact, calories aren’t a reliable way to estimate how much food you should consume.

Calories do not tell you anything about the nutritional value of your food. Think of it like fuel for your car.

If you’re trying to sculpt your body into a particular shape, then this diet can be very helpful. In order to build muscle, you need to feed yourself the building blocks of a strong body while you are working hard.

By no means is this a simple workout routine. To get through the end of it, you’ll have to keep your heart rate up and grit your teeth, but once you’re done, you’ll leave the gym feeling like you left behind everything you put into it.

If you want to build a body like Michael B Jordan’s, you should incorporate these kinds of exercises into your workout routine. 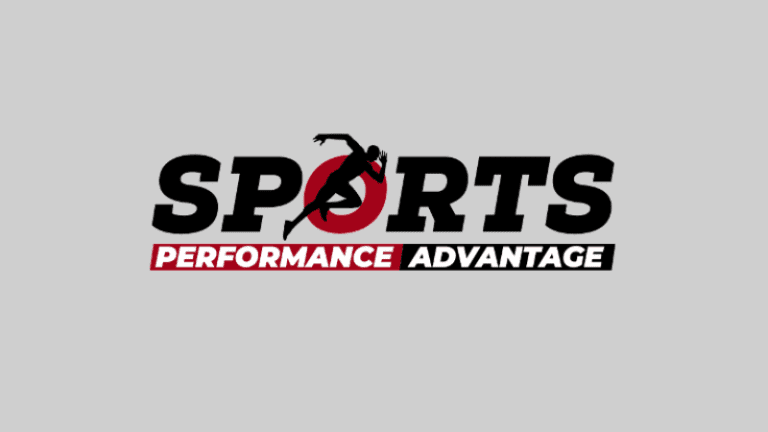 In strength development, grip strength is one of the most important things to focus on. Improving your grip strength is just as important as increasing your muscle strength. Good grip strength allows you to hold on to things like heavy workout equipment strongly and firmly. This also enables you to better your workout performance. Like…

Cristiano Ronaldo is one of the best soccer players to have ever lived. There’s no doubt that the talent and ability have always been there, but there’s a reason that the athlete approaching 40 years of age still has the mind and body of a 20-year-old man in their prime! Using attributes in his game… 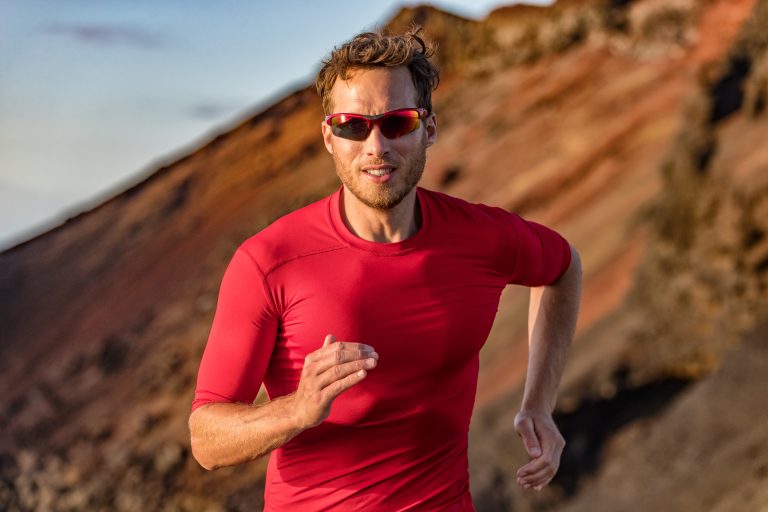 Running over time can become addictive, and with that comes the danger of over-training and burnout. Over-training is when you training goes beyond that which your body is prepared for. Burnout is over-training with no motivation at all. It is definitely and thing and has both physical and mental manifestation. It can affect anyone training… 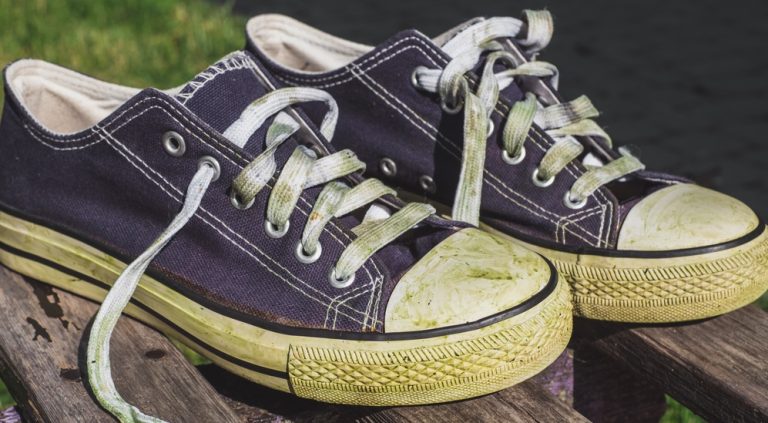 Outdoor activities are incredibly relaxing and invigorating. However, when carrying out sports and recreation activities in a garden or park, we can find grass stains on our shoes or even our clothes. The pigment of the grass can leave a greenish, brown, or yellowish tint on our garments, mainly shoes. We tend to think that… Learning how to play tennis is no easy feat. Fortunately, the market is littered with learning equipment to make it easier. For instance, you’ll find tennis training aids that are a lifesaver in guiding you to put up the right movements and behavior on the court. They’ll help in upping your game faster than verbal…