THE BENEFITS OF THE HAM GLUTE DEVELOPER

Elite athletes know that not all muscles are created equal. For sprinters and jumpers, the glutes and the hamstrings are their main powerhouse, with the glutes supplying 40% of the total power required and the hamstrings adding another 25%. Tennis and baseball players rely heavily on abdominal muscles with up to 50% of the force required for the swing coming from the rotational movement of the hips and shoulders. Additionally, since injuries can cripple or greatly slow down an athletic career, particularly vulnerable muscles such as back muscles need constant attention if one is to stay on course with their training.

Benefits of the Ham Glute Developer


The Ham Glute Developer was primarily developed to strengthen the glutes and the hamstrings. However, over time it has come to be used for more than ham glute exercises, finding application in abdominal training and exercise of the lower back.

As a training aid, the Ham Glute developer has a range of benefits. Some of the key reasons why one would wish to use it in training are:

By virtue of its configuration, majority of the exercises performed on the Ham Glute Developer require proper control in order to achieve the correct form and obtain desired results. Several exercises require one to hold particular positions, and all motions are performed in a controlled manner, targeting specific muscles for specific results. As a result, use of the Ham Glute Developer enables one to develop extensive muscle control in terms of isolating particular muscles during motion, as well as controlling the extension and flexion of particular muscles. The overall goal is to ensure that muscles are activated in correct patterns, resulting in targeted training that generates great results.

An important part of exercise is learning to communicate effectively with one’s own body. It is important to know the limits of your muscles, as well as be able to clearly identify which muscles are undergoing flexion and which are undergoing extension. Because the Ham Glute Developer exercises target specific muscle groups with specific motions, use of the machine in training enables the athlete to be more in tune with their bodies, which goes a long way in reaping maximum benefits from training as well as reducing occurrence of injuries.

For those engaged in cross-fit training, the guiding sequence is “Mechanics, Consistency, Intensity”. This highlights the importance of obtaining the correct form first, then consistently performing the exercise correctly, before ramping up the intensity either by incorporation of weights or by increasing the number of repetitions. The Ham Glute Developer fits snugly into this mantra because it allows for initial training with no load. This is important for beginners, for whom weight training carries greater risk of injuries, as well as for seasoned athletes, particularly when attempting a new exercise or when warming up during training.

A vast majority of abdominal exercises are performed with the initial position being lying flat on the floor.. The Ham Glute Developer introduces extra range of motion due to its spherical surface, allowing for extension of the abdominal muscles through a greater range than is possible when one begins lying flat. This is particularly important for those involved in games such as volleyball, where the core muscles are required to be strong enough to facilitate motions in which the back is curved.

This exercise targets the glutes and the hamstrings, and is actually the original exercise for which the machine was designed. For this exercise, the footplate is set such that when the the feet are secured in place, the seat supports the mid to upper thighs. The upper body, including the pelvis, is allowed to hang down over the seat and the knees are set 3 to 6 inches clear of the back edge of the seat.

The position required for the exercise involve having feet supported by the platform. The knees are placed on the pad, and the upper ankle hook is used to support the back of the calves. The upper body is held perpendicular to the floor.
You then lower yourself in a controlled motion, while squeezing the hamstring, glutes and abs, bringing the upper body to a position parallel to the floor. From that position, you return yourself to the initial position by pushing on the footplate. In this motion, the hamstrings are employed to pull the body up while the glutes remain contracted.

The glute ham raise provides major benefits to weightlifters, since it targets the muscles that primarily supply power during deadlifts, Olympic lifts and squats. Sprinters also benefit from the strengthening of calf muscles, hamstrings and glutes. Other benefits include reduction of injuries to the hamstring, back and anterior cruciate ligament (ACL).

For this exercise, the footplate is adjusted so that when the feet are secured in place, the entire hip area is supported atop the curved seat. The exercise begins with the upper body held in a position parallel to the gym floor. You then lower the upper body over the front curve of the seat as far as possible. When correct form is maintained in this exercise, the hip joint is static with all the movement arising from spinal flexion, or motion of the trunk.

Back extensions are useful for strengthening the lower back muscles, which is key in avoiding back injuries.

Sit ups on the Ham Glute Developer are executed in a similar manner to regular sit ups performed on the floor, with the main difference being that the starting position has the upper body below the horizontal. This requires the back to be arched slightly. The pelvis rests on the inside edge of the seat, allowing the lower back to be fully supported throughout the motion. Feet are either secured between the rollers or under the lower rollers, then you raise yourself from the starting position to a sitting position. The exercise is completed by slowly moving back to the initial position, while maintaining control of the abdominal muscles.

A key benefit of performing sit ups on the ham glute developer rather than on the gym floor is the extended range of motion provided by the starting position, where the upper body is below the horizontal. This allows one to fully develop the muscles required during repetitive arching motions, such as those required in volleyball.

The Ham Glute Developer can be used for other exercises such as advanced side bends, horizontal trunk twists (also known as Russian Twists) and inversions. The basic exercises listed can also be varied by incorporation of weights or including a twist of the torso at the end of each exercise.

In summary, given the versatility of the Ham Glute Developer and the great benefits it can give you, whether an elite athlete or a regular gym enthusiast, it is worthwhile incorporating it into your workout routine.

Powerlifting VS Bodybuilding – The Key Training and Nutrition Differences

Sprinting vs Jogging – the Differences and Benefits of Each 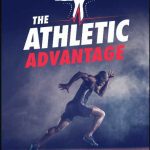 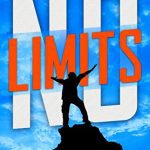