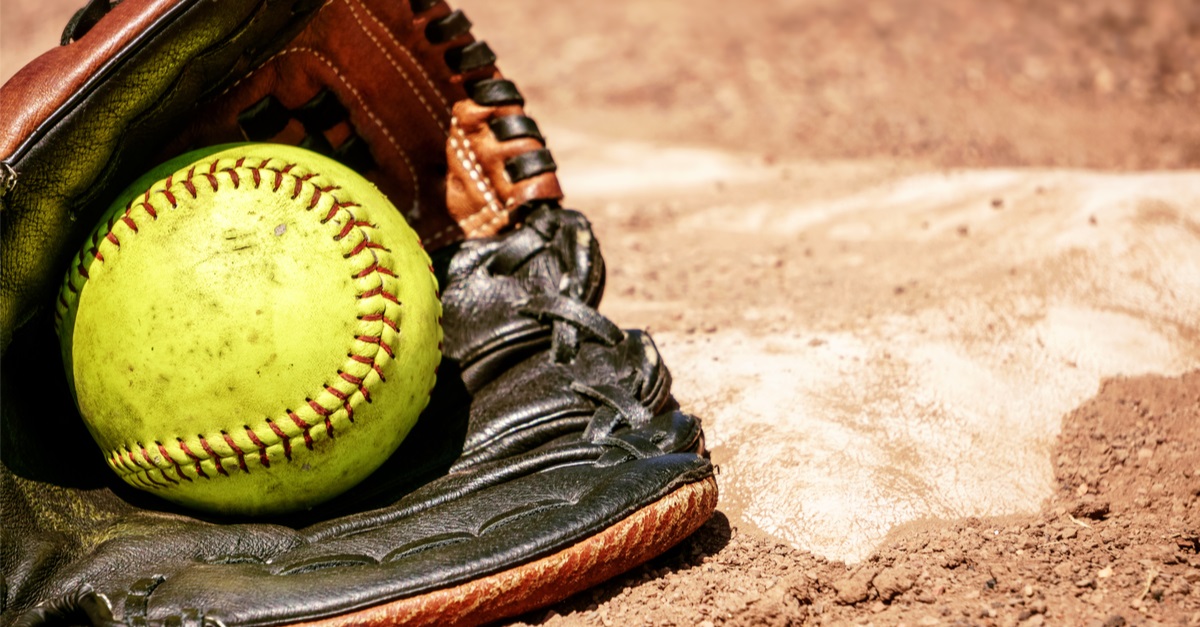 Choosing to play softball either recreationally or competitively requires a set of fundamental skills. Some of the skills are base running, hitting, fielding, throwing, and catching. Becoming a decent softball player requires dedication, which means taking the time to practice the correct techniques in the skills mentioned above.

This can help you play the game safely and confidently. Even softball players who have been in the game for years have to practice the fundamentals to improve their performance consistently.

Once the coach says “GO,” the first player from the team behind the third base runs towards the first ball and then passes it to a teammate at the second. The first player then continues running towards the other two balls, throwing them. The primary aim is to deliver three accurate passes to the player at second.

This is a helpful drill that does require any additional work from the instructors or coaches. The leaders of this exercise must effectively hit the balls, fungo style. To this end, this drill can take place at a football field or soccer pitch, with the players divided into two groups.

It is always best to use the field that already has the soccer goals or football goalposts. Otherwise, the coach will create goals before the drill can commence. Players are allowed to use whatever equipment they want for this drill.

This drill aims to hit the ball either over or in the opposing team’s goal. Both sets of players take turns being on the offensive and defensive position. An offensive team can move up the field if the defense fails to field the ball or drop it cleanly. The hitting team can move to where the ball was mishandled when this happens.

This drill does a lot more than improve fielding. It can enhance the skills surrounding running, hitting, and concentration.

Know your spot is a great overall conditioning drill that lets players work on their fielding. It can also aid with simulating a game atmosphere for the players to hone their instincts and practice moving when playing. This exercise is best for pitchers and infielders. Each player should stand in their usual field position during a game.

The coach might then instruct a hypothetical play. It could be a low ball behind the first base or a ground ball to third for a double play. This drilling process can enable the coach to see where each player naturally runs during that particular play.

Once the players understand this drill and can be in the correct positions, it can be kicked up a notch by introducing live runners and ground balls.

4. King of the Hill- Fielding Drill

This drill is an exciting exercise that helps softball players work on their reflexes and fielding techniques. It is a drill, which is best played in a wide-open space since the teams will need to be divided into two groups with a lot of room. A coach will be assigned to each of the groups. This drill doesn’t require gloves as players will use both hands to field the ball.

The players need to stand in line with about 6 feet between each player to perform this drill. The coaches will be required to stand far away from the players’ line while facing them. Once everyone is ready, the coach can start hitting ground balls to the fielders. Each coach must hit their best ground ball towards each player.

If a player can field the ball appropriately, they can remain in their spot on the player line. Once a fielder makes an error, they get moved to the left of the line, with the other person taking their spot. As a fielder, the main aim is to stay at the rightmost spot in line. The player that achieves this is called the king of the hill.

This drill is excellent for improving a player’s concentration and hitting. To perform this drill, you need a pitcher or coach to throw two balls of varying colors at different heights. Once the balls are in the air, the pitcher or coach then calls the color the batter needs to hit out.

This drill is practiced until the hitter gets good at it. The drill’s difficulty is then increased by adding a third ball. One of the ways to perform this drill is to split the players up into small groups of 4 and have each group perform the exercise during practice.

“It was a high counsel that I once heard given to a young person, “Always do what you are afraid to do.””  – Ralph Waldo Emerson  Mental toughness is a quality that is prevalent in many great athletes and warriors. There is little doubt of its importance. The question is then, how does one develop mental… 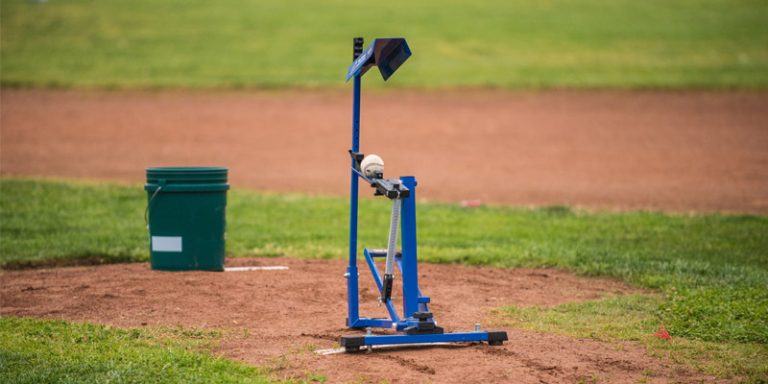 In every baseball game, one of the most important pieces of equipment used is a baseball pitching machine. The game relies on the pitching machine to be able to have the right timing and rhythm.  It is also an excellent tool made for coaches, as they don’t have to be physically present to pitch to… 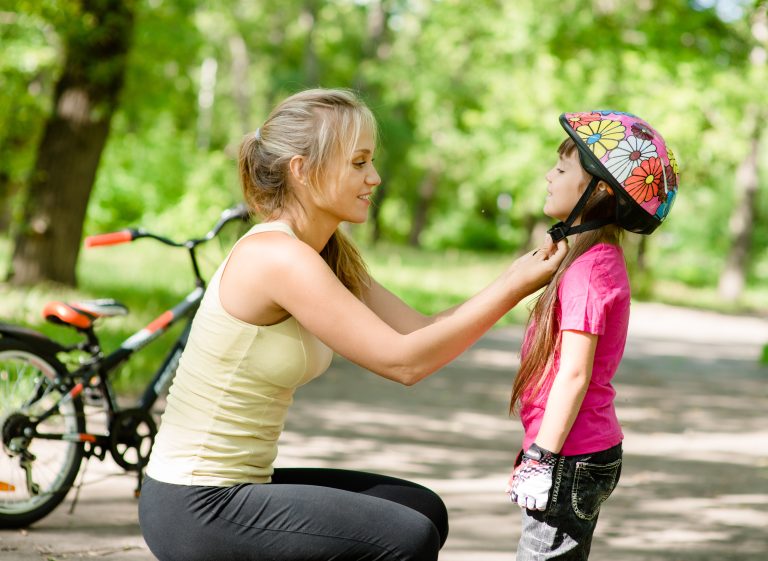 The benefits of participating in athletics, whether competitive or noncompetitive, is well documented. Playing organized sports is a great way for young athletes to stay fit and healthy, learn about teamwork and develop motor skills. For most folks, learning the proper form or technique or picking the right sports gear may be the first things… 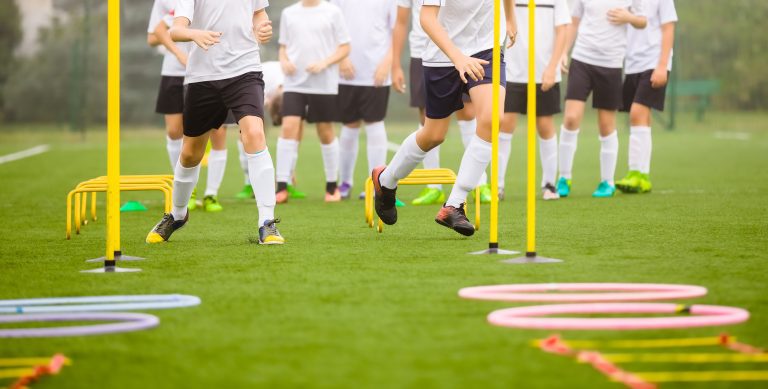 Sports performance training is essential for athletes that want to excel. To get ahead of competition, it’s no longer good enough to just be talented. Athletes need to be fast, powerful and strong. Youth sports don’t look like they used to; they changed from being a fun pastime to a $15.3 billion industry according to…

“Mental toughness is to physical as four is to one.” – Bobby Knight Mental strength in young athletes is so important to prolonged success and can help to overcome youth sports burnout. However, it’s also worthwhile to discuss the wrong ways to develop mental toughness and what can happen when this critical attribute is underdeveloped….

When you think about your child going into youth sports, you may be excited but a little hesitant. Injuries are common in sports, no matter the age of the person. One way to combat youth athletics injuries is to ensure that the athletic program uses specifically youths’ equipment. We will highlight some of the best…